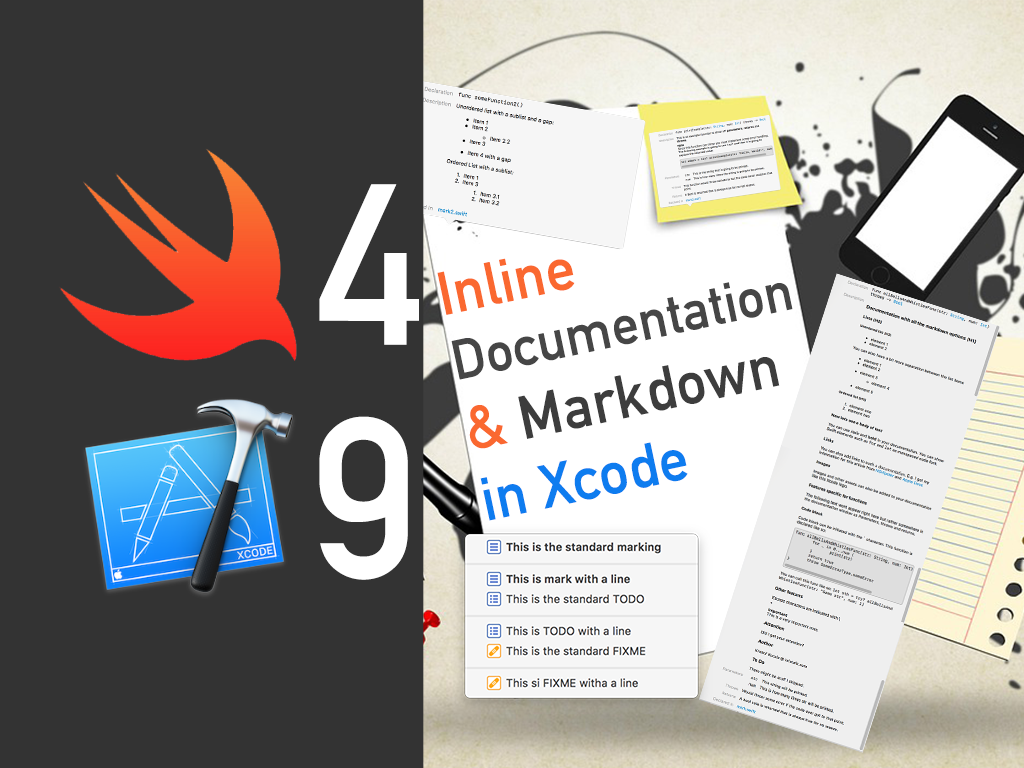 A clear, consistent and well-structured code is what signifies that you are dealing with a professional iOS Developer. Although comments in the code are ill-advised these special ones that I’m going to discuss here are quite the opposite. I’m going to write about inline documentation which can be especially useful if you are working on a library or framework but you can also use it in your personal project. The other type of comment that I’m going to discuss is the indicator comment that is highlighted in your code, these can give you subtitles in your code and they can also mark bugs and tasks inside your code. Use these wisely.

Back in the Obj-C days, this was #pragma but now in Swift, there are 3 distinct types. 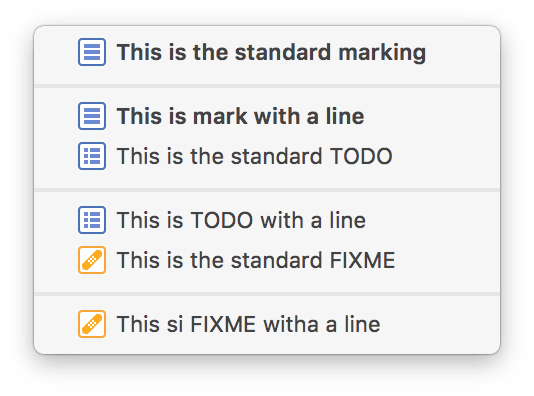 Xcode has a feature that allows you to create inline documentation for your functions and types. The syntax has changed a lot from Obj-C so you could say that it is a completely new system.

You can create headings in Xcode by using hashtags (#). The number of hashtags you place in front of a line determines the level of the subheading (# = Heading 1, ## = Heading 2…).

You can use bold and italic characters in the text. You indicate italic like so: *italic* and bold like so: **bold**.

If you want to create an Unordered List than you can use either one of these characters: – / *** / **+. There is no need for tabs or spaces anywhere but between the symbol and the item itself.

For Ordered Lists, you will have to use Arabic numbers with a dot at the end (1. / 2.). The same spacing rule applies here as before.

If you want to create a gap between items in the list then you can change to list symbol (e.g. if you use * for each item then you switch to + and you will get a gap).

You can also create sublists by creating an indent (tab) in front of the item. 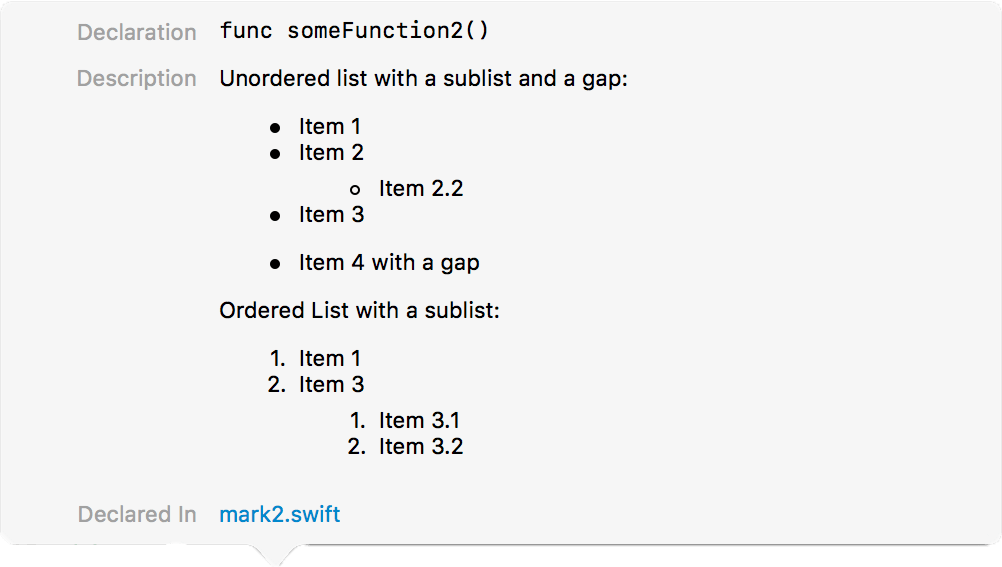 You can place links in your documentation. This is useful if you want to place references to documentation or maybe a link to the feature description within your company. The syntax looks like this:[title](http://kritsofk.com/)

You can, in theory, add images from the web to your documentation but I could not get this function to work. Regardless copied the example from Apple’s Documentation. The syntax is as follows:![title](link <optional: hover text>)

There are some features in the inline documentation that is specific to functions. This includes the description of the parameters, returns and the thrown errors. You can only implement these if your function actually includes theme so for example, if your function doesn’t return anything then you can’t create descriptions for the parameters. The syntaxes are the following:

You can indicate single line codes and even shorter, few word code snippets and even whole code blocks. This can be especially useful if you want to highlight some functionality or if you want to give an example for the implementation.

For the example, I have extended the previous one. 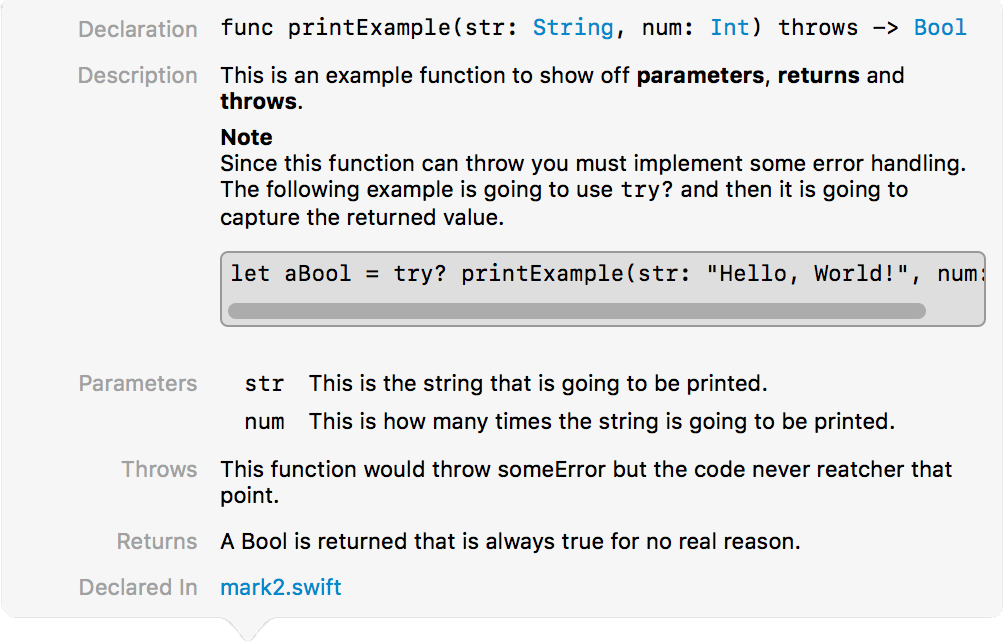 There some other features in the Documentation that didn’t deserve its own section but they’ll receive an honourable mention:

An older but still relevant article on the same topic: Swift Documentation – NSHipster

Next up, learn how to share your nicely documented code with others by learning about how to use Xcode and GitHub.